Urgent prayer request: will Russia ban adoptions by citizens of the United States?

This urgent prayer request was sent to us today by a Russian pastor, whose church has a ministry to orphans.  If nothing changes, the Russian Duma (parliament) will have a final vote on Friday for legislation that would ban U.S. citizens from adopting Russian orphans.  The legislation would also impact Russian orphan ministry organizations that receive aid and assistance from the United States.  If passed on Friday (21 December 2012), the bill then goes to the Senate, and if passed there, on to Putin for his signature to become law.

Please read and pray for the orphans of Russia!

“A few days ago the Russian Duma has decided to react toward Magnitskiy Bill that U.S. Congress has signed. To read more about the bill you can check out the link below this post.

"The most absurd way the Russian government could have reacted to the bill is to punish orphans by proposing a ban for American citizens to adopt Russian children. The proposed bill has to be voted three different times by the Duma first, before it would go into the Senate & then signed by the president so that it goes into effect. The first two votes have already happened. The second one had some opposition by some of the country officials, but not enough to kill the bill. On Friday it will be voted for the 3rd time & if it is in favor then it will automatically go to the Senate. Then it is up to the president Putin. If he agrees with the bill & decides to sign it then it will go into effect on January 1, 2013; thus no more adoptions will happen by American citizens & any current adoptions could be nulled. By the way please note this bill will not ban all foreign adoptions, but only adoptions for American citizens.

"At the moment everything is up in the air & it is difficult to say, which way the things are going to go. It greatly saddens me that orphan children once again become the victims of dirty politics. You might read in the future that this bill was signed due to no control over adoptive families & failed adoption cases, which is a lie. The Russian government will also forbid as part of this bill any Russian nationals holding the U.S. passport & involved in the local NGOs that support politics & receive funding from abroad - meaning the United States. Thus, again it is a proof that this bill has to do anti & not orphans or American people adopting Russian orphans. It was never about the children. 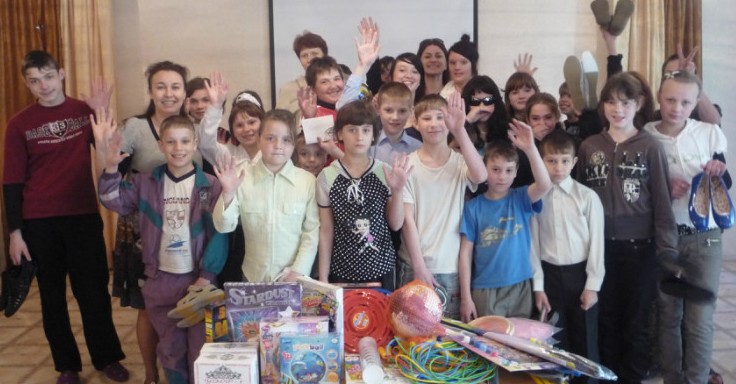 "There is a lot of uncertainty & could have severe effects on many families & most of all on the children who will never be adopted especially children with some disability because hardly any Russian people will ever consider adopting a child that has a disability. It breaks my heart deeply.

"Will you commit to pray for this & ask the Lord to intervene in this insanity.

"I can see how is going back to the old Soviet controlling life in a slow & settle way. The rights are either being limited or taken away.

"Thank you all for your prayers and support of the work done in the Lord’s harvest of souls here in .

"On behalf of all, who cannot stay indifferent."