Come with us to visit Tolmachevo orphanage in Russia 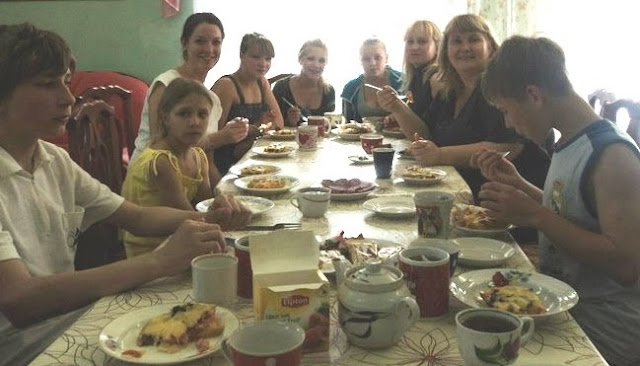 Please come with us and go for a visit to the orphanage at Tolmachevo, Russia!  Nadya Stagneev and her team from the New Generation Church in Gatchina gave the older children a lesson in pizza cooking.

In a warm friendly atmosphere children helped make the dough, and then cooked pizza.  Children who live in orphanages run by the Russian government rarely have the opportunity to participate in simple household chores or to do any cooking.
Nadya writes:  “Our fellowship was very nice.  Children  shared about their school.  There was a lot of fun and laughter.
“Our team played on the moon walk, read, and colored books with the younger children.
“When the pizza was ready, we sat around the table and, just like in a big family, had tea-time. Children are very open for communication.
“We had a guest from Latvia as a part of the team, and she played violin.  Children listened attentively.
“At the end, we gave children different little gifts.
“Thank you for making it possible for our teams in Russia to take the Light and Love of Jesus into orphanages!  Please enjoy photos from our visit!”

You can join the blessings of being the Light and Love of Jesus for Russian Orphans!  Join up and partner with one of our ministry teams here:  Join and partner with Russian orphan ministry! 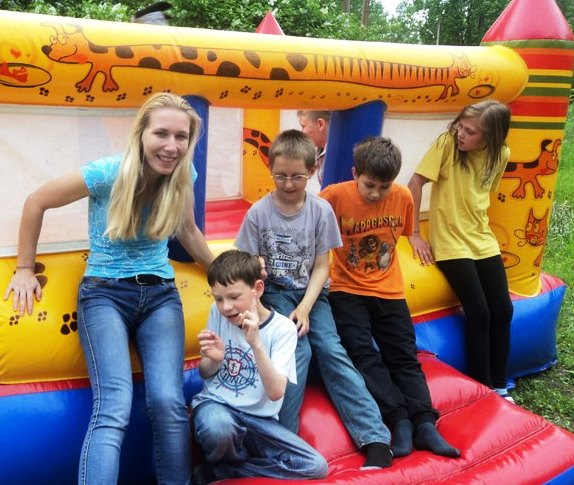 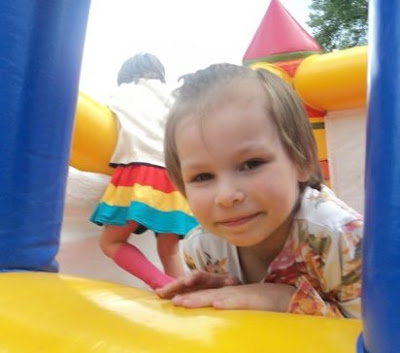 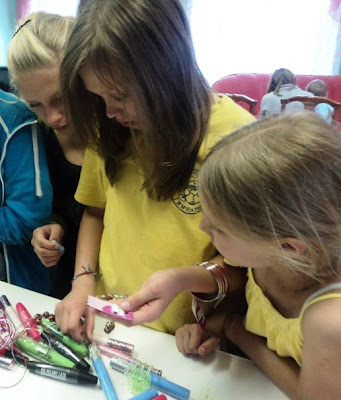 You can donate to help our teams in Russia visit God's special children in orphanages run by the Russian government.  You can donate online or through the mail.  Just click on the GIVE button for more information.

The Orphanage: A Brief History and the Life of a Young Girl Caught in It


The orphanage is a residential institution claiming devotion to the care of abandoned children. Yet for June Elwin, now 72, the institution she grew up in marked her childhood with pain and despair. “It was not a home. It was not an orphanage. It was hell,” she said in a November 2012 interview with CNN correspondent Anna Maria. The horrific asylums of the past should have died years ago; yet they didn’t, leaving people like June forever haunted by their memory.


The orphanage has its roots in ancient documents such as the Code of Hammurabi and the Codex Justinian. Markedly different from the modern period, ancient adoption practices put emphasis on the political and economic interests of the adopter, rather than on the child. Aristocracy took advantage of adoption as a legal tool to strengthen ties between wealthy families and create male heirs to the throne. In fact, many of Rome’s emperors were adopted sons.
Child abandonment levels rose with the fall of the Roman Empire, and the Church found itself responsible for many of the foundlings. In order to protect these orphans, the clergy found it necessary to limit the selling and rearing of the abandoned children. The Church developed a system of oblation, in which children became dedicated and reared within monasteries. This marked an important shift toward institutionalization and the establishment of the orphanage.
When welfare workers dumped June Elwin in the Home for Colored Children in 1942 when she was barely two years old, they had no idea what sort of hell she would have to endure over the next eleven years. The orphans at the institution were in charge of managing the family farm and were often held down and severely beaten when they failed to complete their tasks. Even the youngest were often forced into hard labor. They often went without food, sometimes even eating the pigs’ slop to fill their hungry stomachs. June was first raped by a staff member when she was ten. By the time she had left the orphanage, she had suffered countless sexual abuse by the institution workers, male and female alike.
The concept of institutional care slowly gained acceptance, leading to the development of formal rules regarding how to place children into families. Under the direction of social welfare activists, orphanages began to promote adoptions based on sentiment rather than work; children were placed out under agreements to provide care for them as family members instead of under contracts of apprenticeship The growth of this model is believed to have contributed to the enactment of the first modern adoption law in 1851 by the Commonwealth of Massachusetts.
The Progressive movement of the early 1900s swept across the nation in an effort to do away with the orphanage system that was becoming more overcrowded every year. Anti-institutional forces gathered momentum and adoption became more family-focused and the media began projecting a more positive view of orphanages. From 1945 to 1974, the “baby scoop era” saw rapid growth and acceptance of adoption as a means to build a family. In this environment, adoption became an acceptable solution for both unwed mothers and infertile couples.
Yet for children such as June Elwin, the horrific system of asylums and institutions had all but vanished, it was merely pushed out of sight. Though the first complaint was made against the Home for Colored Children in 1998, only recently were the 38 complaints looked into and a case built against the institution, which is still in operation today, though claiming that conditions have changed since half a century ago. Describing the relief that she felt after hearing their case was progressing, June said in the CNN interview that she “couldn’t believe that at last they were looking at us.” But for orphans and children living in institutions across the U.S. and the world alike, it may be years before justice sets them free.


"India is home to more orphans than anywhere else in the world, thousands and thousands of Dalits that are forever deemed untouchable by humanity."

About the Caste System

Hinduism is a religion encompassing over one billion followers and a menagerie of traditions and beliefs. The religion claims no single founder, yet is woven together by a series of religious books known as The Vedas. Hinduism is often referred to as the oldest human religion, with its origin estimated to have been around 3000 B.C. Centered upon the concept of reincarnation, Hinduism emphasizes a good lifestyle in order to advance to a better status in the next life. This is the backbone of the caste system and the chain that links approximately 167 million people in India in the lowest economic level. These are the Dalits.


India's caste system assigns individuals a certain hierarchical status according to Hindu beliefs. Traditionally, there are four principal castes and one category of people who fall outside the caste system: the Dalits. As members of the lowest rank of Indian society, Dalits face discrimination at almost every level: from access to education and medical facilities to restrictions on where they can live and what jobs they can have. Dalits have been oppressed, culturally subjugated, and politically marginalized.  The principals of untouchability and “purity and pollution” dictate what Dalits are and are not allowed to do; where they are and are not allowed to live, go, or sit; who they can and cannot give water to, eat with, or marry; extending into the minutia of all aspects of daily life.


Within the Dalit community, there are many divisions into sub-castes. Dalits are divided into leather workers, street sweepers, cobblers, agricultural workers, and manual "scavengers". The latter group, considered the lowest of the low and officially estimated at one million, traditionally are responsible for digging village graves, disposing of dead animals, and cleaning human excreta. Approximately three-quarters of the Dalit workforce are in the agricultural sector of the economy. A majority of the country’s forty million people who are bonded laborers are Dalits. These jobs rarely provide enough income for Dalits to feed their families or to send their children to school. As a result, many Dalits are impoverished, uneducated, and illiterate.

Generation after generation are born into Dalit families in India, now making up over 15% of the total population. These children are locked into the social caste and will be forced to take up the same menial jobs as their parents, without any hope of moving out of the untouchable villages. They are unable to receive education and are doomed to the same fate as the many generations before them. It is very common that parents abandon their children as one less mouth to feed, after which most of the  orphans will stay on the streets all their lives and at best be taken into dilapidated orphanages. Once they grow too old for the orphanages, they return to their impoverished villages and crowded streets, often falling back into their traditional jobs or working as prostitutes.


Five thousand years after Hinduism was born, billions and billions of Dalits have lived in conditions unimaginable, untouched by society in the belief that their poverty is a punishment from their previous life. Yet while Hinduism has no single founder to be blamed for this horrible human enslavement, we can be blamed for not stopping it. India is home to more orphans than anywhere else in the world, thousands and thousands of Dalits that are forever deemed untouchable by humanity. They are forever unloved and forgotten, even despite movements in favor of human rights. And while they are physically poor, they are also far poorer spiritually. Very few of them will ever even meet a Christian, much less hear and accept the gospel. The worst part is not that Dalit orphans have to live in those conditions; it is that they have to die in them.

You can help rescue orphan children by giving them new hope.  Click here to read about New Hope for Children orphanages.